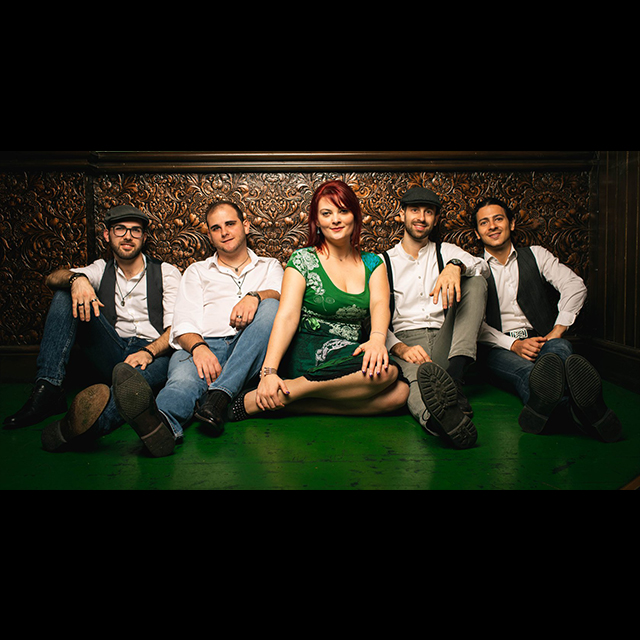 Patricks is a traditional Irish folk band that was formed in northern Italy in 2012. Nowadays their music genere is still traditional but with a modern and rock twist.

They performed more than 200 concerts throughout Italy including two editions of “Irlanda in Festa” in Bologna (one of which was the opening act for the former Modena City Ramblers singer Cisco), the Triskell Celtic Festival in Trieste and St. Patrick’s Day in Verona.

Among the influences that the band follows, in the wake of Irish Music, there are High Kings, Dubliners, Connla, Eluveitie, Daervish and The Pogues, along with less canonical formations such as Orthodox Celts, Modena City Ramblers and Flogging Molly. Patricks perform Irish music using a typically rock rhythmic section, therefore with bass and drums. This combination gives the final product a more modern sound, without affecting the characteristic vibe of the style but rather giving further freshness.

The band, made up of five young musicians, has just released their second studio album titled “Rocky Road to Ireland”.
This work includes 10 tracks, from the folk Irish tradition, recorded and mixed by producer Max Titi, founder and owner of the Maxy Sound studio and Music Label. Two special guests took part in the project: the sound engineer and bass player Andrea Zenaro and the accordionist Manuel Girlanda.

The first album of the band “Tales from Irish Waves”, was released in June 2016 and the cover art of the 2 albums are unified by the same bottle of mead.

Patricks think of Irish music as conviviality, pressing rhythms, life stories and tradition. In this regard, thanks to a disappointment in love drowned in the mead after a concert in Friuli, an original, unpublished song titled “A night with my bagpipe” was born.

Sympathy, self-irony and the search for an informal relationship with the audience complete the picture of their approach, which allows them to approach all age groups. So, between a Paddy Whiskey and a Guinness stew, Patricks continue to grow and get satisfactions.

Patricks are composed of: